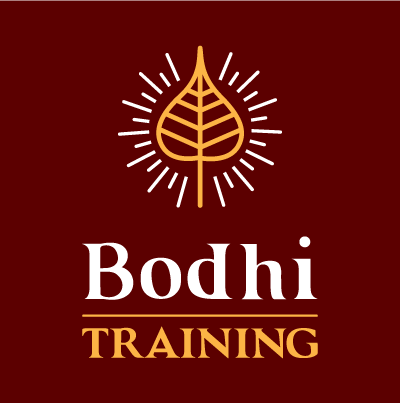 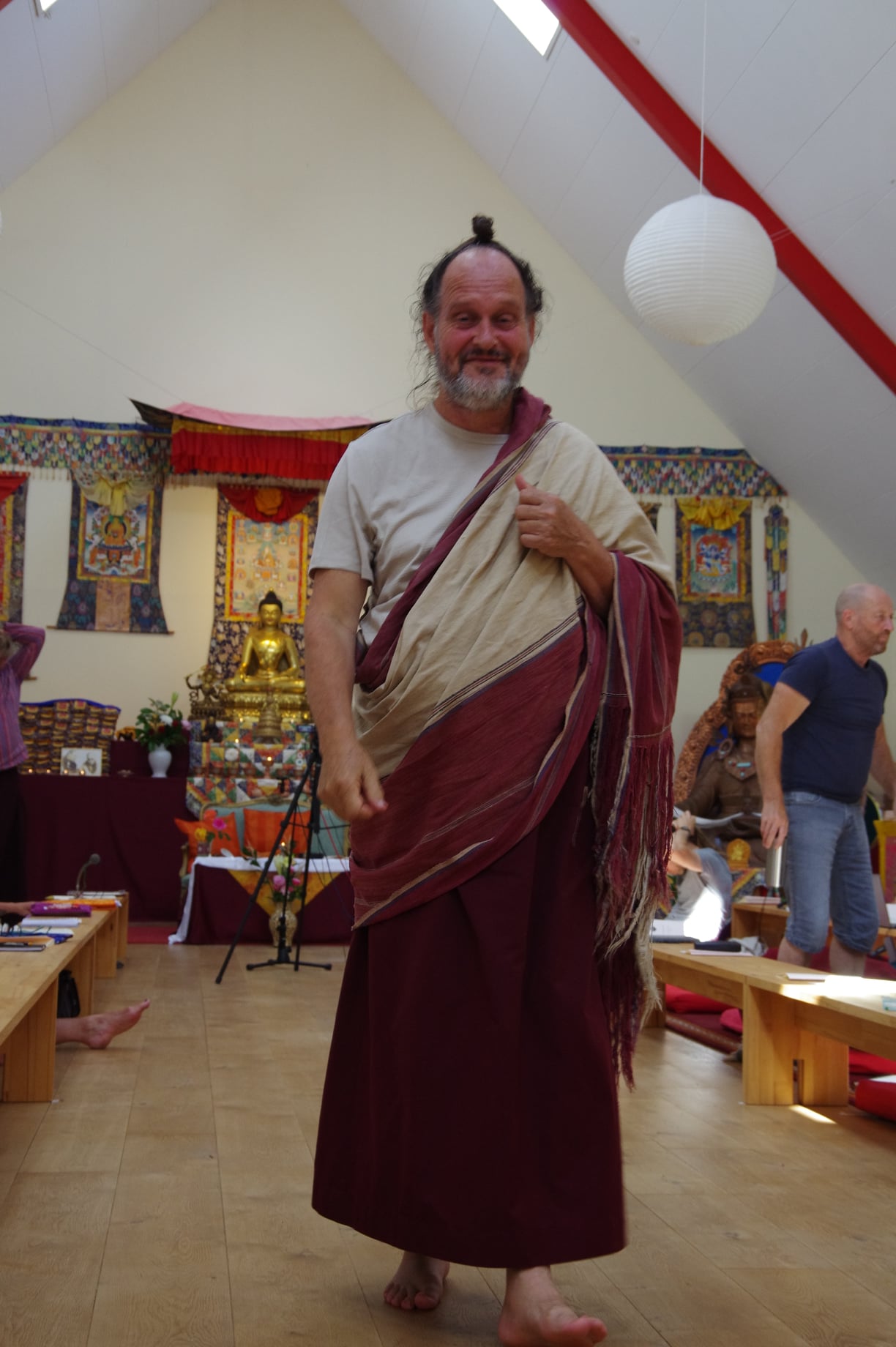 Under the guidance of Erik Pema Kunsang, Bodhi Translations is making translations of Dharma texts, that can be chanted in verse, understood and taken to heart.

Cloudbanks of Inspiration    A call to take charge of the mind and the perceived world  by Mipham Rinpoche     OM AH HUNG HRIH   Magnetizing Palace, blazing in the greatest ease, Discerning wakefulness appears in […] 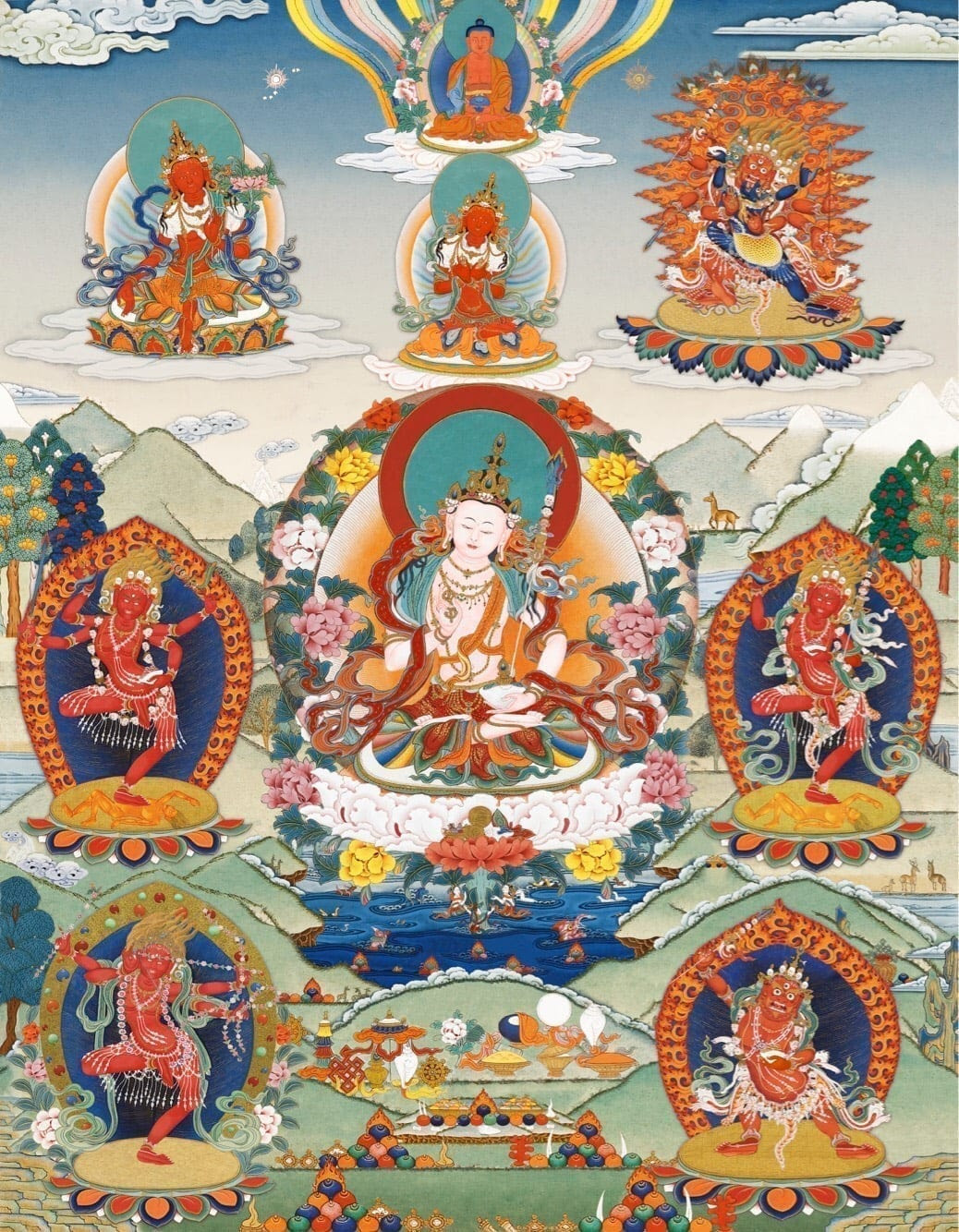 Each of lotus nature, unattached in blissfulness,

Vajra Sun, your splendour is the vastest brilliance,

Lokeshvara, form of passion and the greatest love,

Secret Wakefulness as well as Vajravarahi,

Highest Bliss and Passion King, the wealth of greatest ease,

In the equal vastness of experienced openness.

Triple planes all tremble with your dance of vajra forms,

Ceaseless sounds of laughter summon all the triple worlds.

Essences of life and peace are stirred and gathered in,

Let your vajra mind that is the greatest passion act,

Grant the twofold siddhis, most sublime of every wish.

Bind the worlds and beings all within the greatest ease,

Actors in the endless web of magical displays,

Please inspire us, we call upon you from our hearts

To fulfill our every wish, both common and supreme,

Grant us unimpededly the gift to magnetize.

This was composed on the first day of the seventh month of the Earth Hare year (1879) by one named Dhīḥ. Anyone who prays in this way will, without any doubt, accomplish all magnetizing activities exactly according to their wishes. This prayer may be written on red flags and flown in the air, or used in prayer wheels powered by heat or wind. Mangalaṃ!

Since Rune asked repeatedly to sing the chant in English
To fulfill our Fearless Tiger’s wish to spread the Dharma,
This was rearranged from Adam Pearcy’s fine translation,
In order to let songs flow forth, by Erik Pema Kunsang.

STAY IN THE LOOP